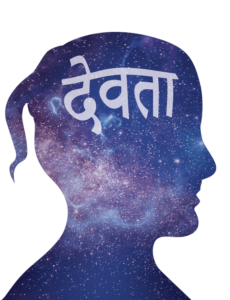 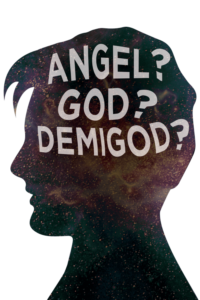 Anuvada, which literally means ‘saying again’ or ‘restating’ (‘anuvadanam anuvadah’), is the Sanskrit word for translation. An anuvada can be from Sanskrit into Sanskrit, from Sanskrit into Indian languages or from Sanskrit into other languages like English. Owing to the highly mathematical and flexible nature of Sanskrit, it is possible to have a perfectly equivalent anuvada from Sanskrit into Sanskrit. The second sutra of Patanjali’s Yoga-Sutra reads, ‘yogah chitta-vritti-nirodhah’, and the anuvada in Sanskrit could be ‘chittasya vrittinam nirodhanam yogah’. In languages originating from (or borrowing heavily from) Sanskrit, Sanskrit words can be used as they occur in the original and the anuvada can still be anuvada of the above sutra could be ‘chitta ki vrittiyon ka nirodha yoga hai’. When it comes to languages that do not share the same history and culture as Sanskrit, a great part of the meaning is lost in translation. In English, the anuvada of the above sutra could be: ‘Union (yoga) is the suppression of the modifications of the unconscious mind’. To a reader who knows both Sanskrit and English, this anuvada will be nowhere close in spirit or meaning to the original Sanskrit sutra. A Hindi speaker reading the above Hindi translation will understand the intent of Patanjali far better than an English speaker reading the English translation. This is because the words yoga, chitta, vritti, and nirodha are used in a similar sense in Hindi as they are used in the sutra.

In this much-needed and pertinent book, Rajiv Malhotra and Satyanarayana Dasa Babaji detail fifty-four Sanskrit words from nine themes with their common English translations and highlight what the English translations fail to capture. The authors make a compelling case for using Sanskrit words as is in English translations. Rajiv Malhotra had introduced this concept in his book Being Different: An Indian Challenge to Western Universalism, and has highlighted the need for Sanskritization of English for a long time. Satyanarayana Dasa Babaji is a traditionally trained Sanskrit scholar who has translated important texts like the Bhagavad Gita and the Sandarbha works of Srila Jiva Goswami into English. They offer insightful views into etymologies and ranges of meanings of important Sanskrit words and how their common English translations fail to capture the essence of the original words.

Consider the example of the word maya, which is commonly translated into English as ‘illusion’. The authors point out that beside maya being a ‘wondrous Shakti of Bhagavan’, in some traditions, it is the cause of illusion and not illusion per se in the Advaita Vedanta tradition. Having learned the concept of maya in my childhood from both Hindi and Sanskrit sources, I am aware that another meaning of maya is kripa (loosely translated as ‘compassion’), as attested by the Anekartha-sangraha of Acharya Hemachandra (medieval Jain scholar and polymath) and as cited in the work Bhakti-Sudha by Karapatri Swami (a guru in the Advaita Vedanta tradition). Thus, ‘illusion’ or ‘deception’ is only one of the many meanings of the word maya (Acharya Hemachandra lists four meanings in the Anekartha-sangraha) and translating as ‘illusion’ reduces a word with many shades of meaning to a single narrow meaning. The authors draw our attention to a plethora of other such mistranslations. For example, advaya-jnana is more appropriately translated as ‘non-dual consciousness’ and not ‘monistic consciousness’.

While discussing the non-translatable terms, the authors also throw light on many significant concepts in Hinduism. The discussion on Om clarifies several misconceptions about the word that have recently been made popular by a prominent Hindu guru. The discussion on the mahabhutas shows how words like ‘space’, ‘fire’, and ‘air/wind’ fail to capture the essence and profound meanings of the words akasha, agni, and vayu. When we say ‘space’, we do not get an idea of shabda (loose translation, ‘sound’) but the concept of akasha in Hindu philosophy is inextricably linked with the concept of shabda, as the definition of akasha in the Tarkasangraha (a seventeenth century treatise on logic and reasoning by Annambhatta) clarifies: “shabda-gunakam akasham”.

The important differences between the Indic concept of svarga and naraka and the Abrahamic concepts of heaven and hell are discussed in detail by the authors. While discussing ahimsa, Rajiv Malhotra and Satyanarayana Dasa Babaji incisively point out that opposite meaning (or virodha) is only one of the six senses of the prefix ‘a’ (from ‘na’). This is known to students of Sanskrit grammar but presenting such fine nuances to laypersons is what the book succeeds at. The chapter on Kavya is a refreshing end to the book with discussions on words like kama, bhava, prema, and ananda. As per the Nitivakyamrita (a work on ethics and ethical values by the Jain scholar Somadeva Suri), kama is that which grants gratification abounding in bodily sentiment to all indriya-s (“abhimabika-rasanuviddha yatah sarvendriya-pritih”) This is a very broad concept which can never be captured by a narrow word like ‘lust’, as the authors convincingly prove.

Sanskrit Non-Translatables, with its lucid language, will be easy for laypersons to comprehend. The exhibits and tables will serve as useful mnemonics for the readers. The book will immensely benefit the readers and writers of the third category of the anuvada mentioned before—from Sanskrit to languages like English.

We know for a fact that translations of important texts from one language to another can never be wholly effective or completely true and faithful to the original. To truly understand and appreciate Shakespeare, one has to read Shakespeare in the original Elizabethan English. With both concepts and fifty-four examples, Sanskrit Non-Translatables: The Importance of Sanskritizing English vividly shows how the ‘lost in translation’ effect is amplified manifold when translating from a highly structured, refined, rich, and potent language like Sanskrit to a language like English. Readers of the book will realize how translations of Sanskrit texts into Hindi or other Indian languages, which retain much of the original Sanskrit vocabulary, are far more effective than translations into English. The translation of the Valmiki Ramayana into English by Robert Goldman (professor of Sanskrit at the University of California, Berkeley) is no doubt good, but the Hindi translation published by Gita Press is undoubtedly better. For a reader who understands Hindi, the latter should be the first preference.

This must-read book will reach many readers across the globe. My sincere hope is that it inspires many of them to learn with Sanskrit commentaries, the best anuvada possible.

We are a US tax-exempt non-profit private foundation. Our Internal Revenue Service Tax Id Number is 22-3339826